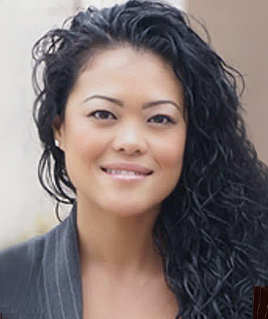 Phan is an associate in the firm’s New York City office, where she has the privilege of representing victims who have been tragically affected by mesothelioma.

Phan comes to MRHFM as an experienced asbestos and mesothelioma litigator. She has been representing victims of asbestos exposure for almost twelve years. In 2014, Phan played a direct role in securing a hard-won $12.5-million verdict for the deserving families of three New York area workers stricken by mesothelioma — an electrician, a steamfitter, and an insulator who were each exposed to asbestos on the job. In addition, Phan has resolved countless cases on behalf of victims and their families, securing millions of dollars for their pain and suffering.

In 2016, Ms. Alvarado was named as a 2016 New York Metro Rising Star by Super Lawyers magazine. In 2017, she was named a Top Woman Attorney Rising Star in Metro New York, which was published in the New York Times. Phan began her legal career as an Assistant District Attorney in the Bronx. In that capacity, she handled well over 500 misdemeanor and felony cases, many of which resulted in conviction after trial.

Phan is an alumni of St. John’s University School of Law. While in law school, she served as the administrative director of the school’s mock trial program, the Polestino Trial Advocacy Institute. Ms. Alvarado, along with her team, secured regional championships at mock trial tournaments, one of which was the Texas Young Lawyers Association regional competition. By the time Ms. Alvarado graduated, St. John's had earned the top ranking among mock trial programs nationwide.

Outside of the office, Phan enjoys spending time with her family. Her husband is a steam fitter and a member of Local 638. She has two wonderful sons and two dogs, Boomer and Barkley.

Phan is a member of the New York State Bar Association and is admitted to practice law in the United States District Court Southern District.

Phan has resolved countless cases on behalf of mesothelioma victims and their families, securing millions of dollars for their pain and suffering.