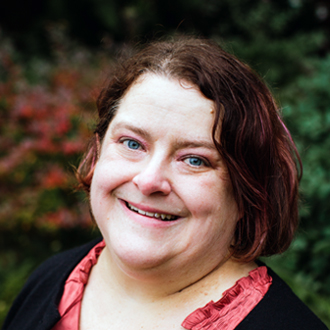 Meredith believes it to be a great honor to represent victims of asbestos exposure and their families and works tirelessly to obtain justice on their behalf.

Meredith greatly enjoys all aspects of representing her clients and obtains the most success through actively litigating the cases in the courthouse and before a jury.

Before starting to represent clients exposed and injured as a result of exposure to asbestos, Meredith was a trial attorney representing plaintiffs in a variety of cases throughout Oregon. Since she began representing victims of asbestos exposure in 2011, Meredith has exclusively represented, litigated and tried cases to verdict for individuals and their families who have been injured or killed as a result of exposure to respirable asbestos products. Meredith has participated in all aspects of these cases including identifying potential defendants, drafting complaints, defending and taking depositions, responding to and propounding discovery, various motion practice and hearings, preparing lay and expert witnesses for depositions and trials and all aspects of trial work. Meredith has successfully obtained settlements and verdicts for asbestos plaintiffs in Oregon including a punitive damage award against a manufacturer of asbestos containing products. Meredith has also successfully represented individuals in asbestos and non-asbestos related cases before the Oregon Court of Appeals and Oregon Supreme Court.

Prior to representing victims of asbestos exposure and their families in 2011, Meredith actively litigated and trial cases for plaintiffs in Washington for a variety of issues in many courts throughout and across Washington state. Since she began representing asbestos victims in 2011, Meredith has exclusively litigated and tried cases on behalf of victims of asbestos exposure and their families against the manufacturers, suppliers, and contractors who knowingly exposed individuals to respirable asbestos fibers causing severe injury and ultimate death. Meredith has participated in all aspects of litigating an asbestos related case in Washington and has obtained successful settlements and jury verdicts for asbestos victims in both state and federal courts in the state of Washington.